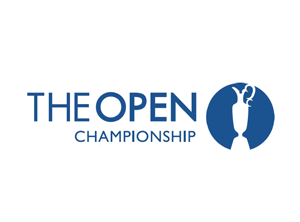 JGL Sporting Links has been at the heart of providing quality residential private housing solutions for many years to the sporting world.

Awarded the contract in 1996 by The Royal & Ancient Golf Club of St Andrews to be the sole official supplier of the private housing requirement for the 1996 Open Championship at Royal Lytham & St Anne’s Golf Club and this was followed with the same relationship in both 2001 and 2012.

Over the years, firm and lasting relationships have been built within the worldwide sporting arena, corporate clients and the wider media putting JGL firmly at the top of the procurement agenda for the sporting world.

In 2001 Severiano Ballesteros, who probably did more than anyone else to promote the game of golf, wrote a personal forward promoting JGL, a testament to any company. He was a great ambassador for JGL and will be greatly missed.

JGL Sporting Links operates confidentially, our client list is the envy of any competitor, the events where we now operate now span not only the world of golf, but every sporting event in the United Kingdom.

Our landlords know that JGL is the name that they can trust and so they have the confidence to return again and again knowing that they will be dealt with by our hugely experienced team, dedicated to providing an unrivalled service.

With an Open Championship operation completed at 2013 Muirfield Golf Open Championship in North Berwick, we commence on the 2014 Open Championship at the Royal Liverpool Golf Club, Hoylake, where we anticipate welcoming back all our clients. To complete a busy 2014, JGL Sporting Links will have a very high profile representation at The Ryder Cup at Gleneagles in 2014, the Commonwealth Games in the host City Glasgow, and notable racing events throughout the year.

For more information on all our dedicated lettings for sporting events please visit www.jglsportinglinks.co.uk